Rapid Prototyping (RP) is an innovative technology that can directly produce complex parts using 3D CAD design graphics within a few hours. Specifically, it is divided into laser rapid prototyping (SLA), laminated rapid prototyping (LOM), powder sintering rapid prototyping (SLS), fusion deposition rapid prototyping (FDM) and 3D printing technologies. Since the first rapid prototyping system appeared in 1988, more than twenty systems have been developed, and each system has some subtle differences. Initially, these systems were used in the automotive and aviation fields, and later in many other fields, such as toys, computers, jewelry, and medicine.

Stereo Light Curing (SLA): SLA method is the earliest commercialized RP technology with the highest market share. It uses photosensitive resin as raw material, and computer-controlled ultraviolet laser scans the surface of photosensitive resin point by point according to the information of each layered section of the part. The thin layer of resin in the scanned area is cured by photopolymerization to form a thin layer of the part. After one layer is cured, the workbench moves down a distance of the thickness of the layer so that a new layer of liquid resin is applied to the surface of the previously cured resin, and then the next layer can be scanned and processed. The newly cured layer is firmly adhered to the previous layer, and this is repeated until the entire prototype is manufactured.

Fused Deposition Method (FDM): The FDM method was invented in 1988. The molten material ejected from the nozzle is driven by the X-Y worktable, and is spread on the bottom plate according to the cross-sectional shape, and processed layer by layer, and finally the parts are manufactured. Commercial FDM equipment uses a wide range of materials, such as cast paraffin, nylon, thermoplastics, ABS, etc. In addition, multiple nozzles can be used to improve efficiency.

Laser selective sintering method (SLS): The SLS method uses infrared lasers as energy sources, and most of the modeling materials used are powder materials. During processing, the powder is first preheated to a temperature slightly lower than its melting point, and then the powder is flattened under the action of a flattening stick; the laser beam is selectively sintered according to the information of the layered cross section under computer control, and one layer is completed. Then, the next layer is sintered, and after all the sintering is completed, the excess powder is removed, and a sintered part can be obtained. At present, the mature process materials are wax powder and plastic powder, and the process of sintering with metal powder or ceramic powder is still under study.

Layer-on-Layer Method (LOM): The LOM method appeared in 1985. First lay a layer of foil (such as paper) on the substrate, and then use a certain power of infrared laser to cut out the outline according to the layered information under the control of the computer, and at the same time cut the non-parts into fragments according to a certain grid shape. After removing and processing one layer, lay a layer of foil and roll it with a hot roller to make the newly laid layer adhere to the formed body under the action of the adhesive, and then cut the shape of the layer. Repeat this until the processing is completed. Finally, remove the extra parts that are chopped, and you can get a complete part 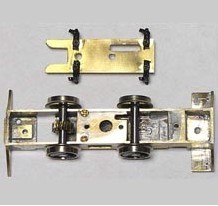 3D printing technology: The 3D printing technology is functionally the same as the laser forming technology (SLA). It uses layered processing and superposition forming, that is, 3D entities are generated by adding materials layer by layer. The printing process of each layer is divided into two steps. First, Spray a layer of special glue on the area that needs to be formed. The glue droplets are small and not easy to spread. Then spray a uniform layer of powder. When the powder encounters glue, it will quickly solidify and bond, while the area without glue remains loose. In this way, under the alternate layer of glue and layer of powder, the solid model will be "printed" and formed. After printing, the model can be "planed out" by sweeping away the loose powder, and the remaining powder can be recycled. 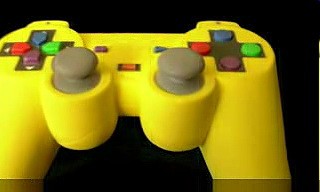